The personal saving rate is the federal government’s estimate of what percent of their incomes U.S. households are saving. But market watchers and economists are mixed on what can be learned from swings in the saving rate.

They struggle with the personal saving rate because it’s a derivative number — that is, it’s not measured directly. Instead, the Bureau of Economic Analysis derives the saving rate from other estimates. Here’s how it’s calculated:2

As currently structured, the U.S. Personal Saving Rate does not include capital gains from the sale of land or financial assets in its estimate of personal income. This effectively excludes capital gains — an important source of income for some.

Gaining a bit of insight into a popular economic indicator can help you better understand trends as they are discussed in newspapers and websites. However, don’t let your long-term savings program be influenced by a national number.

The personal saving rate fluctuates with the country’s economic environment. 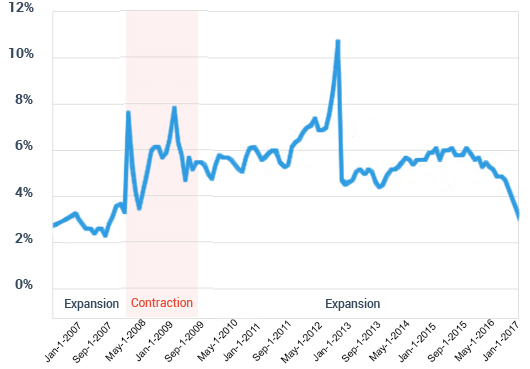